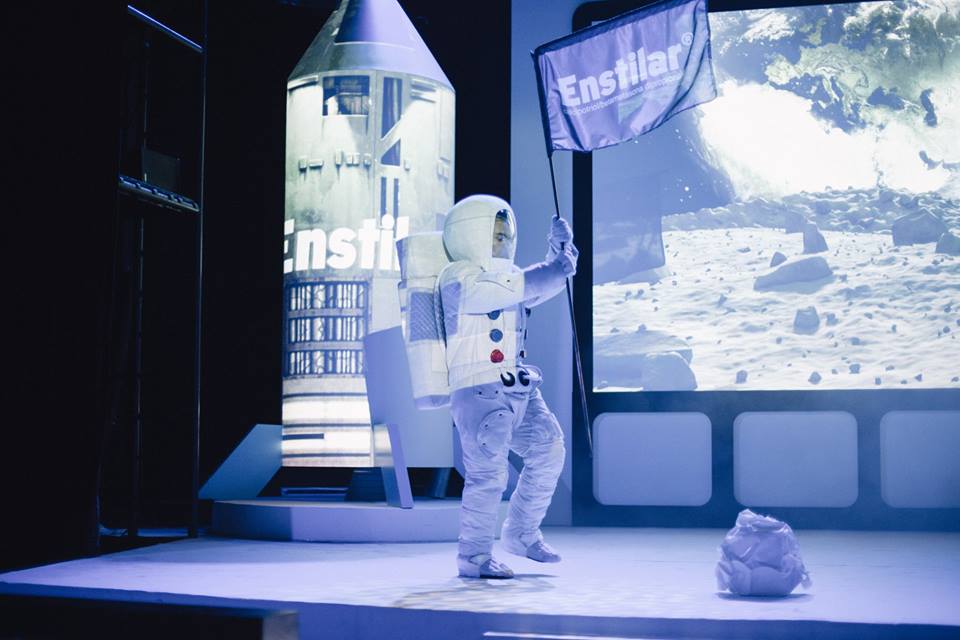 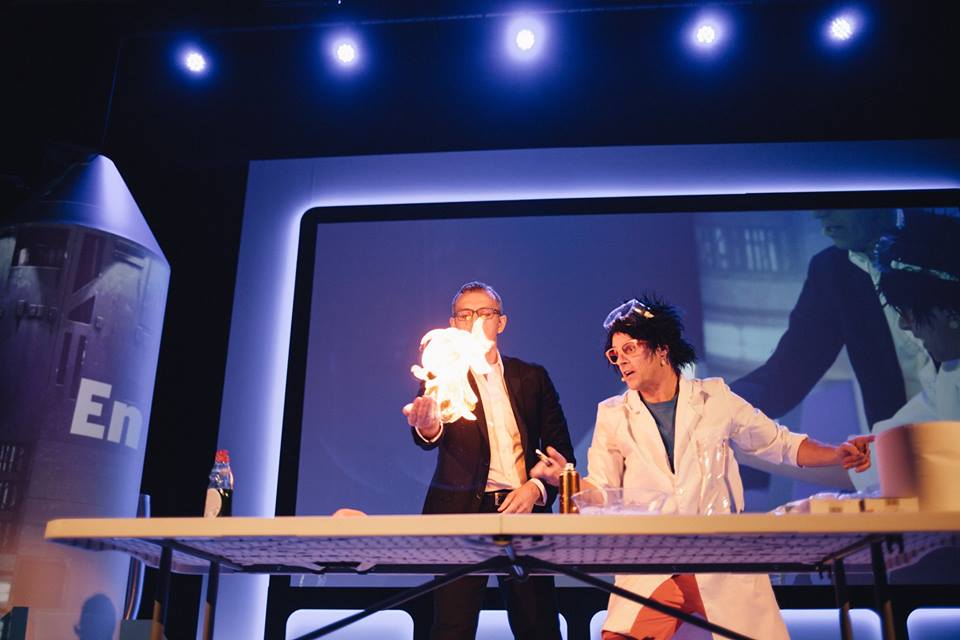 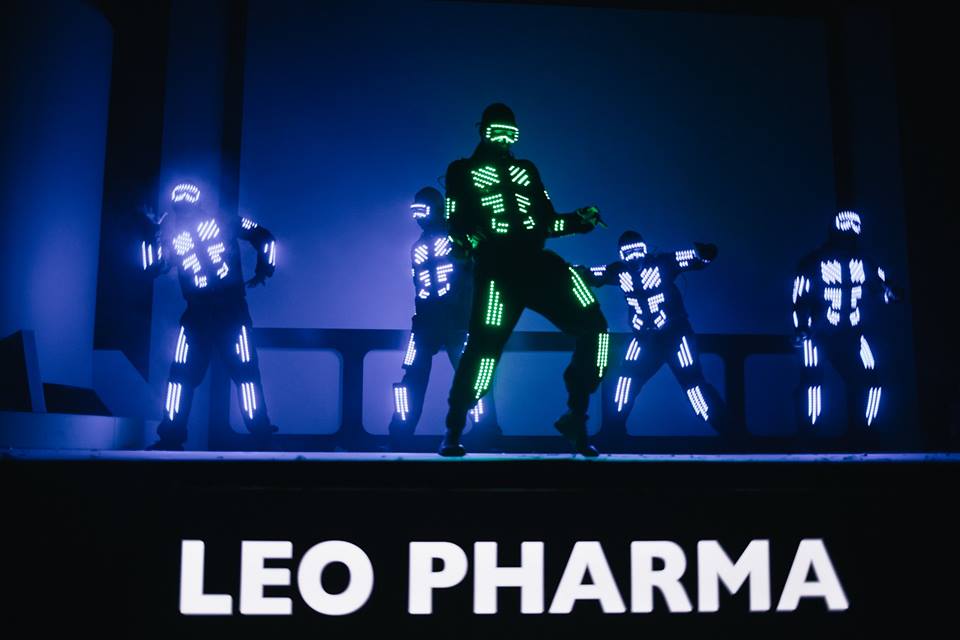 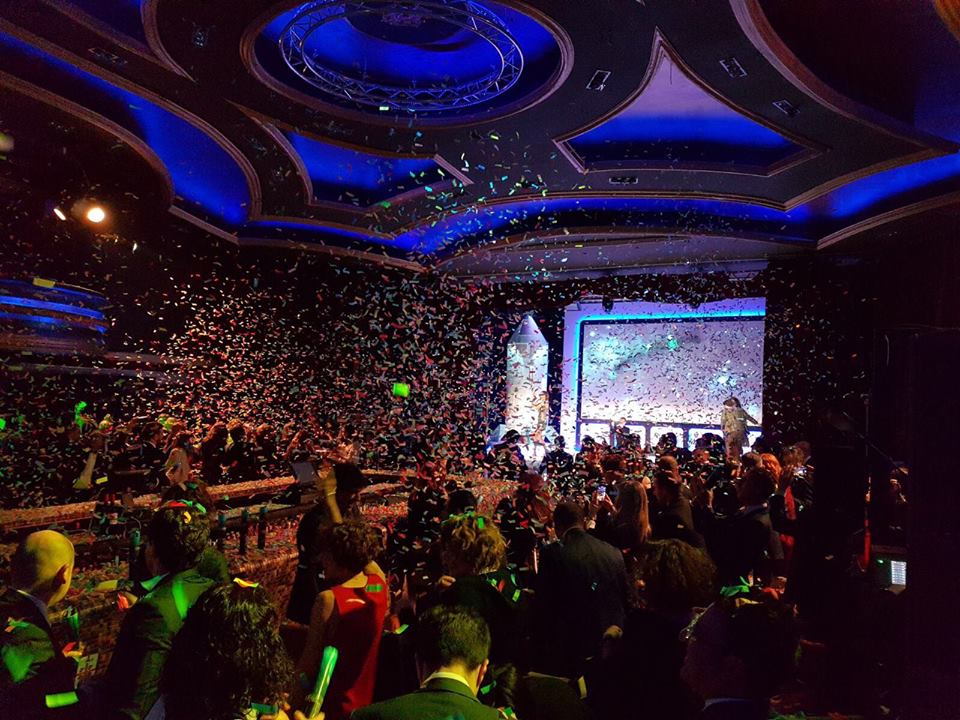 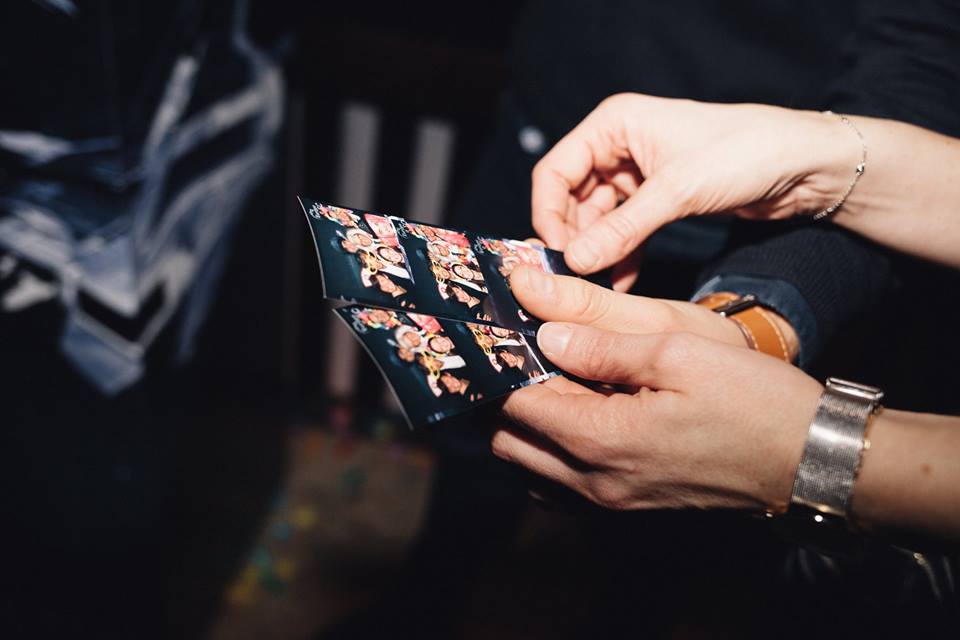 The crew is ready, and now it’s time to conquer new markets. With this in mind, we prepared a spectacular scene for launch day.

We converted Teatro Astoria into a spaceship launch platform. To do this, we created a set with a rocket that allowed us to insert content throughout the launch.

The event was modeled in a TV show format, where the speakers constantly interacted with the audience of attendees. For instance, the Doctor General made his appearance on stage dressed as a NASA astronaut. To energize the entire act, we collaborated with a mad scientist who amazed all the spectators with his experiments.

For the finishing touch, we enjoyed a performance by an urban dance group with LED lights and the rocket’s takeoff from the stage.