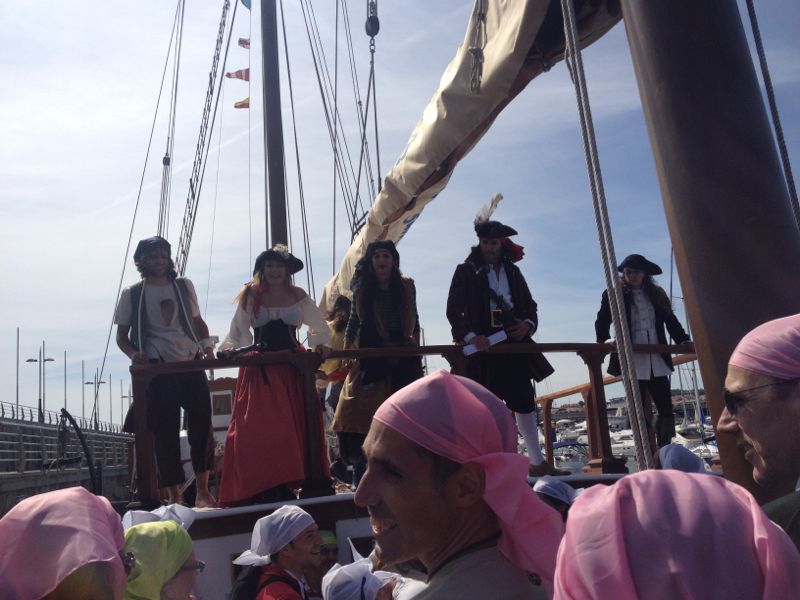 You are an apprentice pirate, a land-lubber cabin boy who has just arrived on the Island of La Toja, a lawless land where piracy and reputation rule. Your goal is to become a respected pirate, so you and your team will have to overcome the different challenges you are given. That is how this fun pirate activity begins, which we performed using two spectacular schooners. We structure the teams into BATTALIONS, encompassed within two large CREWS. Everyone’s goal is to maintain the integrity of their flag, so they have to get the highest score possible, completing the tests that appear in their “BINNACLE BOOK”.